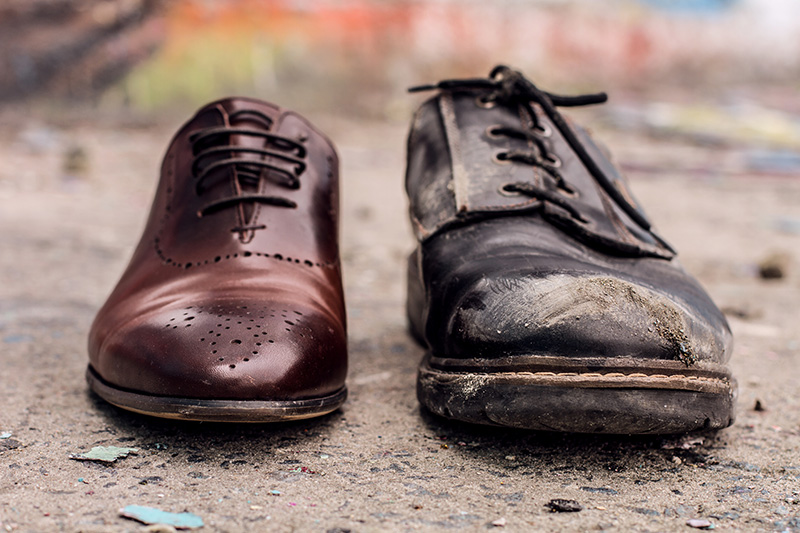 So often we use the word “poor” to describe our financial state when what we really mean is “broke.” What’s wrong with that? Well, these term refer to two very different situations, and using “broke” vs. “poor” interchangeably minimizes the very real experience shared by millions of Americans.

Being broke is a drag

Most individuals have experienced being broke at one time or another. I know I have. In my simple definition, “broke” means having a roof over your head, food in the fridge (even though you might think you never have anything good to eat in the house), clothes, shoes, and a car or bike—but your phone might be a few years old, and you make your own coffee before you head to work, and you probably aren’t taking lavish vacations.

Broke means not having enough money for the miscellaneous items we want in our life—the newest iPhone, expensive meals, or designer clothes—but, ultimately, getting by and hoping for brighter days.

Being poor is a crisis

On the other hand, poor means not having a roof over your head or knowing where your next meal is coming from. It means that a single surprise, accident, or medical issue would be catastrophic. It means hope is as hard to come by as a decent night’s sleep. Poor is a life-threatening condition that affects entire families across the country. I pray you and I never experience it.

We may not all have the newest car, shiniest toys, or top-of-the-line devices, but you know what? That’s OK. We can complain sometimes about not having the things we want, but we should be respectful of the difference between broke vs poor so we’re not silencing the struggles of so many Americans.

Sign up for our eNewsletter blog that includes timely financial matters, news, and planning strategies that you can implement today.

Can my portfolio support my lifestyle in my retirement?